Ivan Kristoff continues his mission to create in Bulgaria the Rescuer of the future.

Spiderman Ivan Kristof is ready to take on a helicopter for an innovative flight over the Seven Rila Lakes investors from the United Arab Emirates /UAE/, who are expected to arrive in our country for this year’s “Inter Drone Expo” exhibition on October 20, which is under the auspices of President Radev.

For “24 hours”, Kristoff explained that he was inviting the guests on a special flight over Rila, with which, against the background of the beauty of Bulgaria, he would show his investment project for a new type of air rescue, in which he personally invests resources.

“With the innovation flight, we will achieve a World’s First and two new world records, which will be for Bulgaria and the UAE, so that when the delegates return home to the GUINEESS Office in Dubai, they will be able to receive their world record certificates”, says the extreme Bulgarian.

His idea is to promote the two destinations through unique footage shot by drone and helicopter from Bulgaria and the United Arab Emirates. “It would be especially interesting to do a groundbreaking video of a VR  land-water-air rescue over Burgas and the nearby beautiful Strandzha mountain, and then to film a similar operation in all seven emirates.” I already have footage captured from two helicopters along the coast of the Emirate of Dubai and from the ports of Abu Dhabi and Dubai. It would make a great movie with the title “From the Seven Rila Lakes to the Seven Emirates,” Kristoff enthuses.

Interest was already shown by the world’s media, who were ready to film the new TV Series for global television networks. Spiderman recalls that in 2010, at the “Dubai Helishow” exhibition, in which he financed a Bulgarian pavilion, he was visited by the two sons of HE Sheikh Mohammed bin Rashid Al Maktoum, the Ruler of Dubai and Prime Minister of the UAE. Then, for the first and only time, members of the Royal Family of Dubai and the Government of the UAE visited a Bulgarian pavilion in the emirates,” says Kristoff.

“The Pavilion will have an area of ​​138 square meters, with an emphasis on creating in Burgas a new generation Special Operation Squad (S.O.S.), which will operate on land-air-sea, within the “Golden medical hour”, explains Ivan Kristoff, for whom the creation of the savior of the future has become a mission.

The innovative project for specialized training of the Lifeguard of the Future, targeted for the Port of Burgas, is supported by the municipal administration, the port and the Maritime Administration. 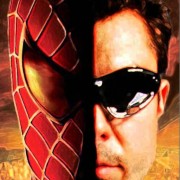